Look like at least another season in League One for us. 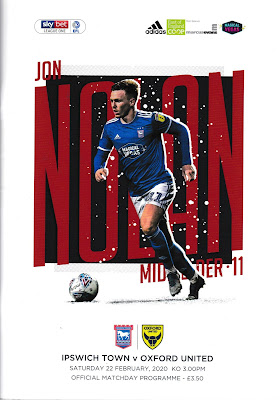 Posted by Alasdair Ross at 10:36 No comments:

With the faithful - and the tourists! 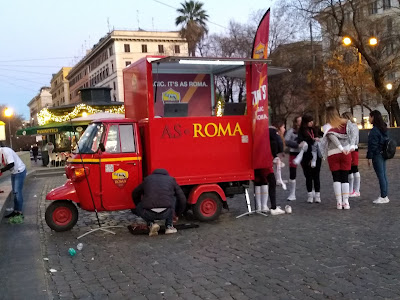 Quite obvious to see that what I had been informed was true, the Italians are not great supporters of the Europa League, plenty of choice for 'print at home' tickets and members of the Roma staff were spotted in the city during the day, attempting to entice tourists to buy tickets, from the number of different languages heard on the bus home, they succeeded plus a number of Scots in the city for the 6 Nations RU game on Sunday. 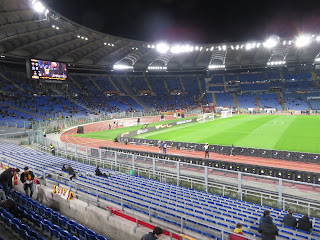 Not hard to get to the ground, Number 32 bus from close to the Vatican, but with a 9pm kick off not many buses around to jump back on, but they will arrive but not far to walk if you have a city center hotel.
Stadium is modern, good leg room, good views and usual football ground fare on sale. A number of bars on the river bank for beers pre-game. Do need your passport to gain entry. 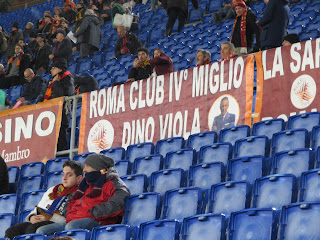 Small crowd but the Roma Sud Curve and the Genk fans, stuck in NW of stadium made plenty of poise.
Game was very close and Roma will be happy they did not concede an away goal, the second leg should also be close and hard to call the result. Smalling was one of the better Roma players on show. 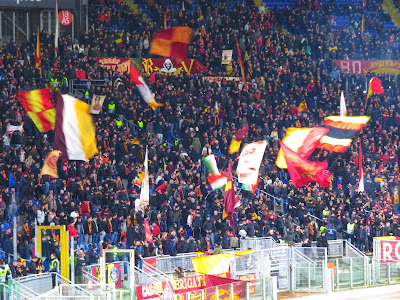 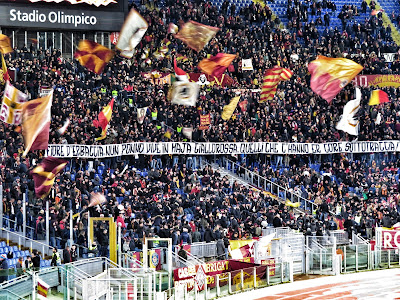 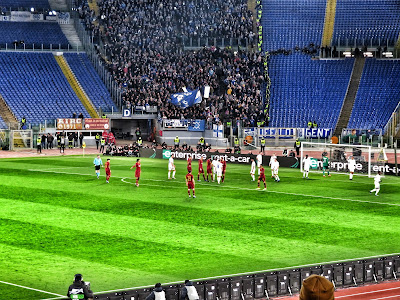 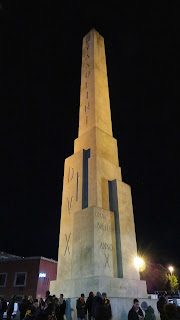 Posted by Alasdair Ross at 13:27 No comments:

Back to winning ways - at last!

And we score 4 goals! 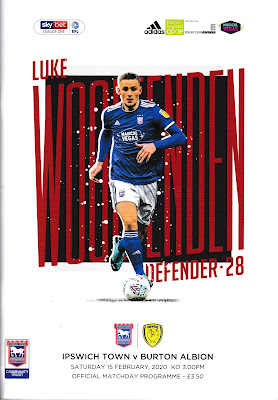 Posted by Alasdair Ross at 13:21 No comments: 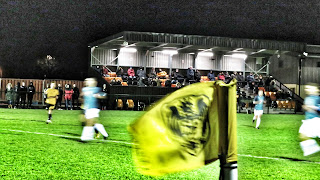 Some do not like new grounds and I missed my large mug of tea from the old Roker Park tea hut, a beer in the nice cosy clubhouse, and yes this did look like a cross between Costa and Toys R' Us shop but for football players and a club this is better. Room to build, a proper car park, a pitch that can survive the rain and lights that made you able to see the whole ground. 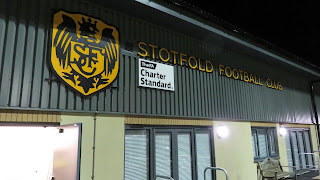 We might not love it like the old Roker Park, but football wise it is a step in the right direction. 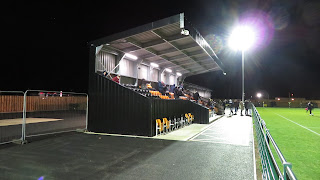 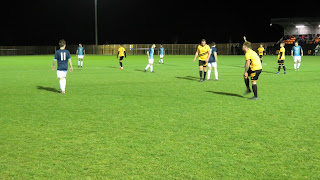 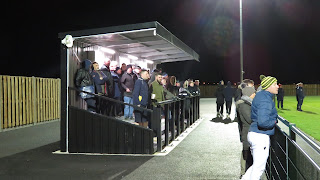 Posted by Alasdair Ross at 13:29 No comments:

3 Yellow cards and off! 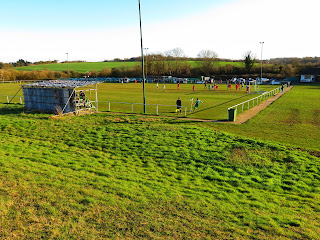 Home side dominated the first half and went in at the break two up, second half was bit  scrappier and Lydd improved when they bought on a fast winger, he was then taken down by the keeper but the Ref gave nothing. this caused the Lydd number 10 - the most experienced player on the pitch but one who normally plays centre half but today playing as a converted forward to go crazy - Yellow card - sin bin, refused to go, second yellow, went mad again - Red card! 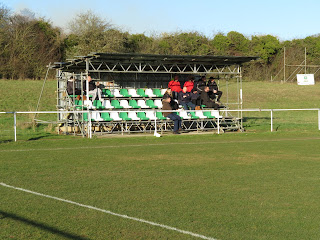 Down to 10 men Lydd actually played better with the  fast winger now playing down the middle but in the last 5 minutes Sutton got back on top and added a third goal in the 89th minute. 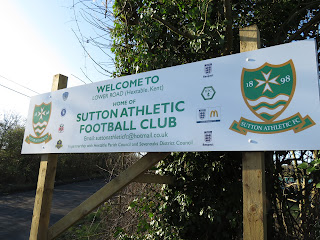 The ground is in a very rural setting, but under 10 minutes from the M25 and the Dartford tunnel. An old pavilion housed the changing rooms and the club house - bar, TV plus hatch selling food and hot drinks. 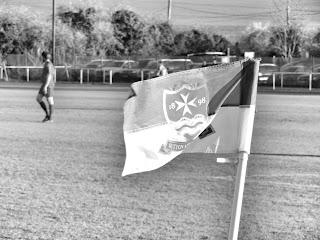 Small home made seated stand on far side and some rudimentary cover on the dugout side. Friendly local and a nice setting to watch football in the winter sun. 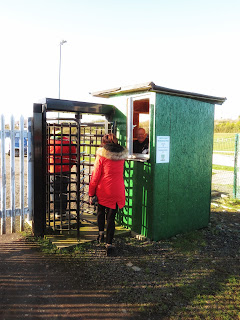 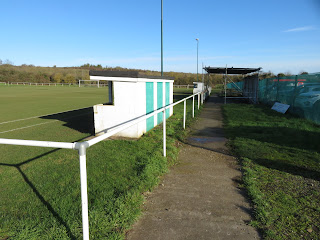 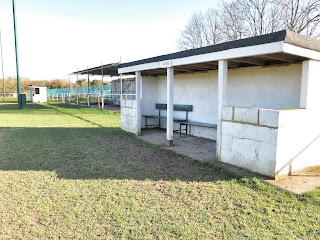 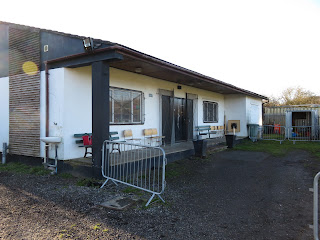 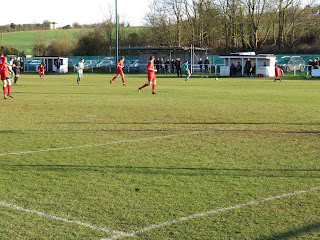 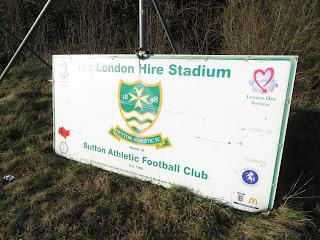 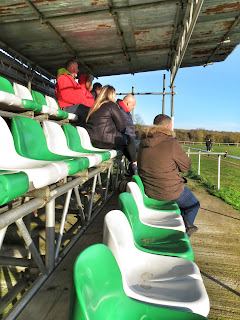 Posted by Alasdair Ross at 14:39 No comments:

Surprises and not only because Bridon won 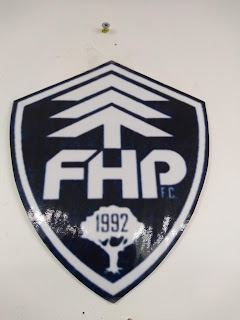 Not sure what I was going to get here, athletics track, inner London and on first arrival it seemed to be what I expected, no parking little sign of a football club being here with young athletes training on the track but then came the first of a number of surprises. A programmer was free with admission, a cafe run by the club selling cheap drinks and hot dogs, teams on a board and everyone willing to chat - very friendly.

Football wise just one small stand, and not a great view - we also had some Bridon fans, not expecting much as they had not won for 8 games. We then got a further surprise as Bridon ran out 3-0 winners with the last goal a cracker. the last surprise was the spirit the game was played in, very few fouls and little chatting back to the ref. 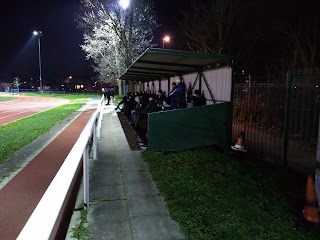 Posted by Alasdair Ross at 13:26 No comments:

Ten men, mud and a draw 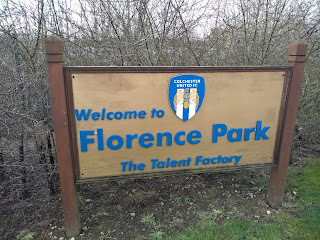 Colchester United may call this 'The Talent Factory' but unless it is mud wresting talent they are after they may have to sort the pitches out if is football talent that is wanted.
Posted by Alasdair Ross at 08:53 No comments: 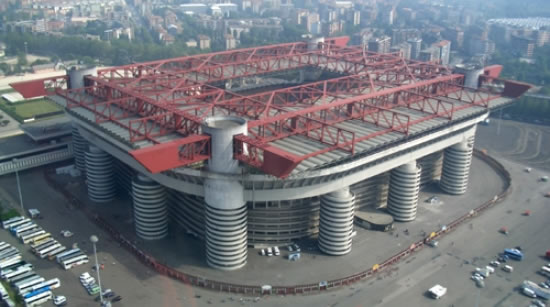